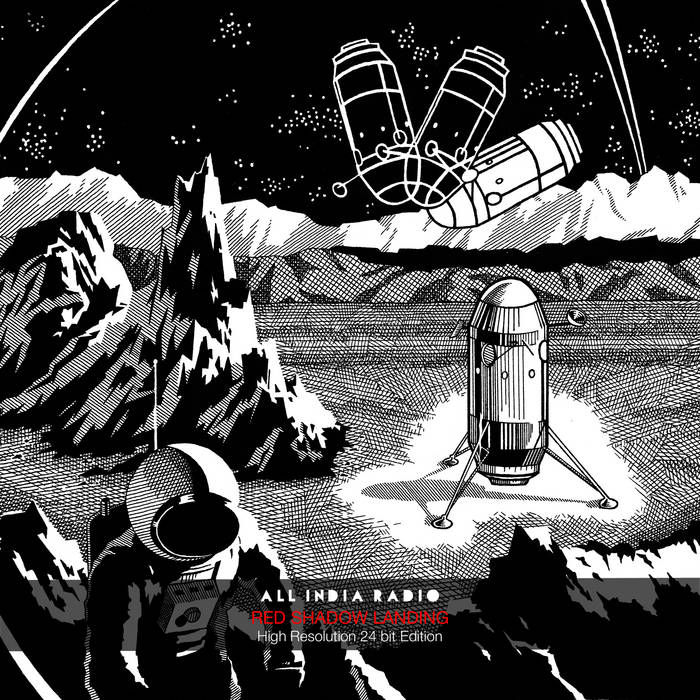 This is the high resolution version of our 2012 album Red Shadow Landing. The files are 24bit / 48khz. Make sure you download the FLAC version to get the full high resolution files.

"All India Radio have long been compared with Boards of Canada and Spiritualized, but the spacey qualities of songs like “Owlpacas in Flight” have more in common with Tortoise than Eno this time around. And just like their other releases, Red Shadow Landing has cyclical lines that will get lodged in your brain."
- Popmatters

"there are an incredible number of moments of transcendence sprinkled throughout the 11 songs that make up the disc. This is music designed to take the listener anywhere they wish to go, and is a truly gorgeous record."
- Blogcritics

"Epic. Momentous. Breathtaking. Magnum opus. While every All India Radio release is quite good, even excellent, this one is the most fully realized musical journey."
- KFAI, USA