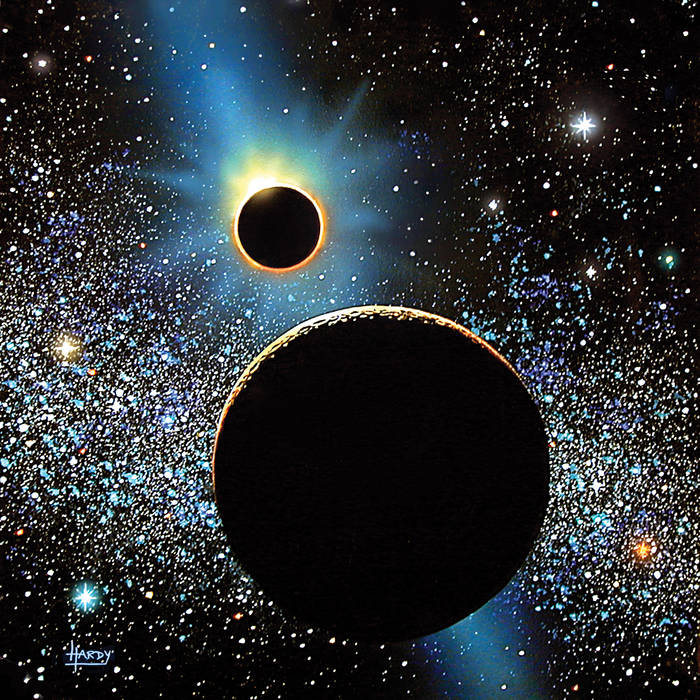 Alrihkh A very pleasant and calming listen suitable for an extended interlude of introspection. Lean back against a deeply-gnarled trunk of an old-growth tree—wherever your private sanctuary be—and let your spirit breathe deep of the magical scent of petrichor. Untether your mind from the disruptive hum of society and the subtle poison of its invasive grapevine. I recommend this music for such endeavours. Thanks, AIR!
7.5+/10. Favorite track: Holding (feat. Leona Gray).

Gary McCluskey It's a masterpiece. Favorite track: Heirs of Ineptune.

Tim Bariss Awesome album, best one yet. Feels very special to have this one on vinyl.....best track is probably "holding" but really could be any of them.....

Lost In The Tunes

Welcome to our new album! Back on board for this album is long time bass player Mark Wendt with guests Leona Gray, Steve Kilbey and 'Evil' Graham Lee. The front cover art by David A Hardy was originally created for Pink Floyd 'Eclipse' in 1973, later to be titled 'Dark Side of the Moon' but ultimately lost out to the famous prism art.

Front cover art by David A Hardy Originally created for Pink Floyd 'Eclipse' in 1973, later to be titled 'Dark Side of the Moon'. Used with permission.

Mastered by Simon Polinski.
Thanks to Hilary, Cathrin Machin, David A Hardy

This album was made possible with the kind help of Steve Devery.